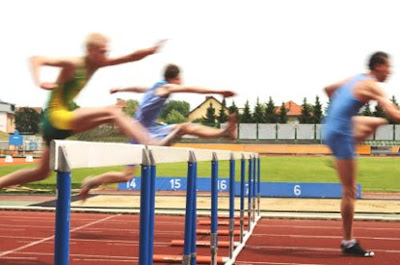 Sports medicine was initially coordinated in the ancient areas of Greece and Rome where many of the young athletes were not being properly trained.  Striving to improve this training and provide better overall supervision of the young athlete’s physical education was designed.  This coordination of physical education was used to help increase the strength and abilities of the athletes in a carefully controlled way, which would allow their progress to be carefully monitored.

In events as far back as the 5th century, it is possible to notice distinct training to help discourage injuries starting with such people as Herodicus, whom is credited with using therapeutic exercise to help heal injuries, and also Galen who was a doctor that was assigned to monitor the gladiators of the 2nd Century.  Previous attempts at using a doctor for preventative training was largely ignored with physicians and doctors only being used in the event that an injury did occur.

However, despite these efforts it was not until many years later that Sports Medicine itself was actually conceived.  During the 1928 Olympics, which were held in St. Moritz a small committee was formed with the task of organizing the International Congress of Sports Medicine.  Upon this concept, the idea of using actual doctors to help prevent the occurrence of injuries was brought to light.  Starting in 1968 during the Summer Olympics, which were held in Mexico City, Dr. J.C. Kennedy organized a team of doctors that was to travel with the Canadian athletes to ensure they were well cared for.

In addition, Dr. Kennedy became the founder of the Canadian Academy of Sport Medicine.  Additionally, Dr. Kennedy earned the honor of being appointed to be the Chief Medical Officer for the first medical team to be officially associated with the Olympics in the 1972 Summer Olympics that were held in Munich, Germany.  This was a task that proved even the Olympics were starting to place value in the idea of sports medicine.

As time has progressed the involvement of physicians and doctors in more than just treatment of injuries has increased.  Many athletes see doctors regularly for check ups and testing to ensure that they are in the best physical shape possible, while still achieving the athletic goals that they desire.  While the use of a sports medicine team by many is still considered a luxury, for others it is an essential aspect of being a responsible athlete.

As the amount of care provided to athletes before injuries occur has increased, the number of injuries that are being treated has decreased which leads to a better quality of life for many athletes.  Deciding to be proactive in the treatment options of athletes is part of what sets sports medicine apart from many other fields.  Rather than waiting until an injury occurs, sports medicine aims to continuously minimize the risk to athletes to achieve the best results.

Sports medicine has come a very long way in recent years, and continued research and growth in the field is abundantly clear.  Most athletic teams travel with a team of doctors, and most athletes particularly professionals are all eagerly willing to work with a well qualified sports medicine team to improve their health.  From reduced injuries to improving performance results, the field of sports medicine has made incredible progress since the beginnings in Ancient Rome and Greece.