Discovering Hyponatremia and Preventing It!

Discovering Hyponatremia and Preventing It! 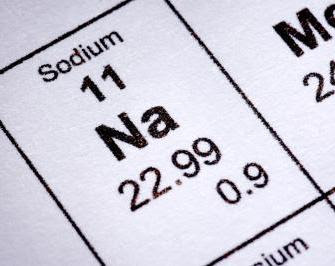 How many people really know without reaching for a dictionary what hyponatremia is?  The bad news is that most people are unaware of what it is, yet it is a very dangerous condition that occurs quite often.  Much more often than it really should in fact.  To blame for the heightened occurrences is the fact that most people do not understand the proper fluid levels that should be maintained during exercise.  This is particularly important during those exercises that are quite intensive such as marathons and endurance activities.

Hyponatremia is so important because it involves the blood sodium levels in the body.  It is important that these levels be maintained in a proper proportion in order for the body to remain healthy.  If the levels are adjusted through extreme sweating or even an over abundance of water consumption then Hyponatremia can occur which creates several problems.  If you are seeing a sports medicine doctor and discussing participating in an endurance activity be sure to thoroughly ask about hyponatremia so that you can avoid it as much as possible.

Hyponatremia is important because it occurs when sodium levels are greatly decreased.  This occurs in the normal process of sweating.  However, creating the actual problem is when athletes consume large amounts of water continuously, which further reduces the ratio of the blood sodium levels.  This lowered ratio is what creates the problems of hyponatremia.  However, the solution is sometimes quite easy, but unless you have discussed the problem with your doctor, you are unlikely to know.

Symptoms of hyponatremia are as subtle as a nauseated feeling, some small muscle cramps, possibly being disoriented and even a bit confused mentally.  This is quite often mistaken for just simply being dehydrated which will prompt many people to reach for more water to drink, which ultimately makes the problem much worse.  Extreme cases of hyponatremia include symptoms such as comas, seizures and in the most extreme cases, death is possible.

In order to really prevent and treat hyponatremia it is vital that you drink a sports drink that contains sodium, or else eat a food with sodium especially higher levels of sodium to quickly restore the proper levels to the body.  In addition, cutting back on the plain water consumption until sodium levels are higher is also advised.  If you are having severe symptoms, it is best to see a doctor immediately, preferably a sports medicine doctor who is knowledgeable about treatment options.

In order to prevent hyponatremia there are a few things that you can easily do.  The first is ensuring that you are keeping a sports energy drink on hand to continuously drink.  While drinking water is important as well, the sports energy drink will help replenish sodium levels while the water will flush more sodium from the body.
If you do not have hypertension discuss with your doctor increasing your sodium intake levels for a few days before the endurance event.  Only increase your sodium levels under the watchful eye of your doctor or you could create problems with hypertension where none previously existed.

Additionally, it is best to always drink plenty of fluids.  The best guideline to use is a cup of fluids, which is 8 ounces for each 20 minutes of activity.  If you are engaging in an hour-long endurance activity that would translate into 3 cups of fluids.

Additionally, it is best to only replace fluids that you lose.  This means that you should avoid adding additional fluids to your body that are not needed.  For example if you lose 2 pounds from fluid loss, you should replace the fluids that were lost.  This would not mean drinking more than 4 cups of fluids at a maximum to replace the missing fluids.

With proper precautions, you can avoid having a problem with hyponatremia and instead enjoy participating safely in the endurance activity of your choice.  With careful medical treatment and proper prevention, it is not a problem that will force you to stop engaging in sports; rather it can make you more aware of your bodies’ nutritional requirements.